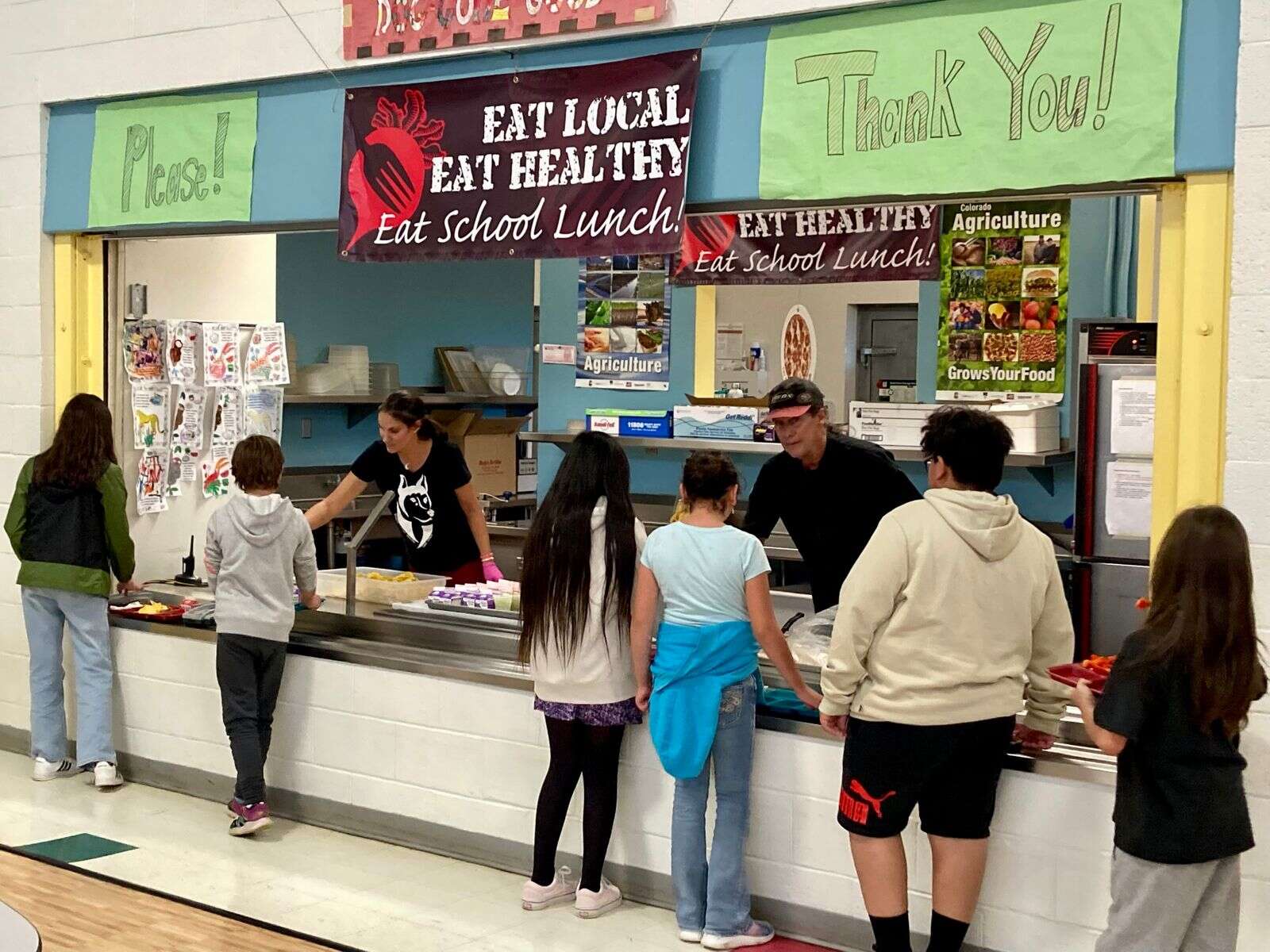 At Animas Valley Elementary School, students queued up to enjoy tacos that use beef from Sunnyside Meat and vegetables from the fields to Plate Produce and salsa from Rez Meetz Urban.

The idea was developed by the state to encourage local agribusiness, which contributes $47 billion annually to the state’s economy. The school district is trying to reconnect with local farmers in the district two years after the COVID-19 pandemic affected access to locally grown sources.

“It helps promote healthier, healthier food choices,” Fusco said. “And starting at the elementary level, it’s a habit that can be instilled to last a lifetime.”

Matt Pauling, 9-R’s director of food and nutrition, was not in his current position during the height of the pandemic, but said it was likely a logistical decision.

“COVID has had a negative impact on a lot of aspects of our lives but definitely a farm-to-school program,” he said. “So I’m really happy to see it in action.”

Poling tries to incorporate local foods into the school lunch menu as much as possible. He says that it is not financially feasible to use only local food sources, but he tries to use as many local sources as possible.

He noted that Durango supports its local business.

Fusco said she would like to see more of the locally grown food sources used at the school but realizes that production can be seasonal. Shorter growing seasons mean that the school district does not always have access to locally grown produce.

“Instead of buying a can of marinara sauce, we make it with tomatoes, herbs, and spices,” Pauling said. “By using whole foods, you can have more control of your sodium this way. Right now, the menu is probably 60-70% made from scratch.”

For some students at Animas Valley Elementary School, tacos were among their favorite menu items. Fusco said students enjoy locally sourced foods because it opens doors to new options. She uses beets from field to plate, because students do not often feed fresh beets at home.

Fosco is also excited for the students to start growing produce again in the school’s greenhouse. She said the greenhouse was affected by COVID-19 restrictions.

“The children participate in planting the garden and harvesting the garden,” she said. “They’re doing a farmers market where they sell their produce to the public, which has started again, which is really cool.”